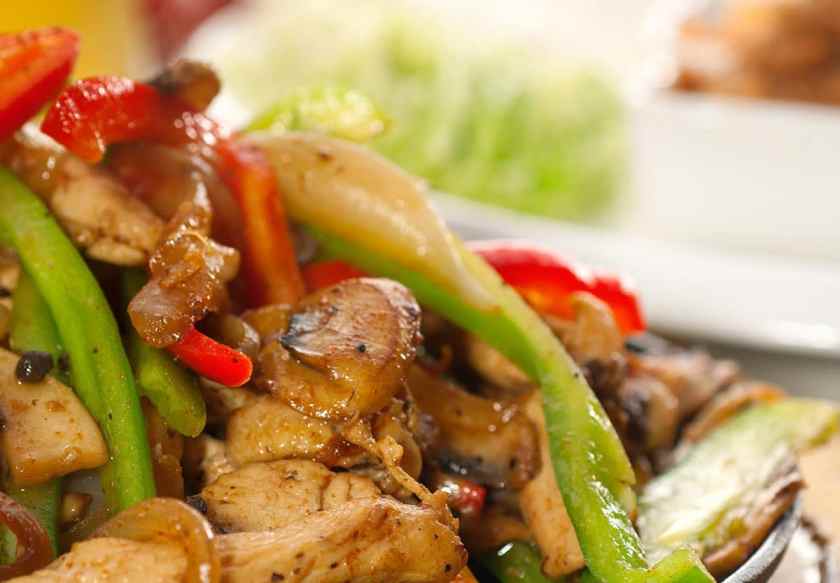 Fajitas, that sizzling grilled seasoned meat served with salsa, tortillas and guacamole, is the result of the creativity of Mexican vaqueros who back in the early 1930s were given a tough, stringy cut of beef typically thrown away as part of the their salary for their hard work on the range. In a last laugh sort of way, these vaqueros took this tough cut known as skirt steaks and by cooking it over an open fire or on a grill and slicing it against the grain created created fajitas, a best seller now in restaurants throughout the country.

This success was propelled by Sonny Falcon,a meat market manager of Guajardo’s Cash Grocery, who in the late 1960s began selling fajitas at fairs and other popular events, ultimately becoming known as the Fajita King.

Now fajitas have their own holiday. Let’s raise a margarita in thanks to the vaqueros and to Sonny for a great job.

1. ‘Fajita’ Translates to ‘Little Band’
In Spanish, fajita is a diminutive for “faja”, which translates to “belt” or “girdle”.

2. It’s a humble dish
Workers were given the least desirable parts of butchered steers and made fajitas from skirt steaks.

3. The term “Fajita King” is trademarked.
Sonny Falcon trademarked the term after gaining popularity from the dish in the 1970s

4. McDonald’s Tried it.
In 1991, McDonald’s attempted to introduce their own Chicken Fajitas into the market.

5. The original is called something different in Mexico
While in the U.S we know them as fajitas, the Mexican term for grilled skirt steak is arracheras.