Early Friday on the day before we were to leave Puerto Vallarta,  we drove to  San Sebastian de Oeste, once a  booming mining town in the Sierra Madres northeast of the city. Our journey to us through green jungles and blue plantations. The latter are agave farms, owned for generations by jimadores or farmers who specialize in growing, harvesting and distilling the pinon or heart of the agave into gold and silver tequila and reposado, a type of tequila aged in oak.

San Sebastian, now on the way to nowhere, was for years been a major stop between the Bay of Banderas on the Pacific Ocean to Guadalajara. Its mines produced riches of silver and gold and the population swelled to 30,000. Now less than 1000 or so people live in the village.

When San Sebastian was at its glory, the residents of Puerto Vallarta, then a tiny port and fishing hamlet called Las Penas, were harvesting salt–a necessary ingredients for smelting the ores taken from the mines– loading it onto mules and trekking 4500-feet up to San Sebastian.  The bridge we cross into San Sebastian onto its rocky packed dirt main street probably hasn’t change that much since the mules came through carrying salt centuries ago.

Founded in 1605, San Sebastian’s boom lasted until the early 1900s and because it was so remote, civilization never came again to sweep away the historic buildings dating back centuries.

The families of many who live here now can trace their lineage back to the wealthy days of silver and gold.

Walking along the cobblestone streets, past walls covered with red, purple and orange bougainvillea, we take a turn past the town’s zocolo centered around an ornate gazebo. On this street, we pass the Hotel Los Arcos de Sol, a hacienda style white washed building dating back more than 200 years with a restaurant that gets good reviews. Small stores, housed in historic buildings, offer a variety of goods but we don’t stop to shop though I’m a sucker for Mexican art. Instead we’re on a mission to visit Casa Museo de Doña Conchita Encarnación the small museum run by Lupita Bermudez Encarnacion, the great times four granddaughter of a Spaniard who came here to run Santa Gertrudis, one of the mines here, in the 1770s.

The museum,  once the home and office of  Santa Gertrudis and built in 1774, is packed with an array of family momentos, furniture, silver studded trunks, books, photos, clothing such as lace and satin christening gowns more than 150 years old and odd artifacts including 3D pornography with its own special reader dating back to 1904 and a 19th century photo of the family holding a cadaver.

One of the traditions in San Sebastian, Lupita tells us, was that when someone died, the strongest men of the house would carry the body to the porch and a photographer was summoned often from a distance to take pictures of the corpse. It required fast work before the heat hurried decay and rigor mortis set in.

San Sebastian was founded by three families who immigrated from Spain and to keep their blood lines pure, they only intermarried with each other. So through the centuries uncles married nieces and aunts married nephews.  Thus Lupita says that her mother, Dona Conchita, married a man who was  her cousin and nephew and so Lupita’s father was also her nephew, cousin and uncle.

In 1910, as the Mexican Revolution raged, Lupita’s family’s wealth disappeared. She blames Pancho Villa and his men who kept raiding the town demanding ransom and money until it was all gone. But the rich family lore continues.  As our guide Victor Avila continues to translate Lupita’s many tales, we learn her great great uncle Jose Rogello Alvarez (and who knows how else they were related) and other men, carrying rifles and riding on horseback, guarded 40 mules loaded down with silver and gold as they made the five day trip through the mountains to Guadalajara to deposit their money. Then it was five days back on the narrow mountain passage. Of the many runs they made–at least five a year– bandits only managed to rob them twice. Even then the weight of the metal made it impossible for the bandits to carry only much away.

Laborers in the mine were paid by money printed in the office here by Lupita’s family which made spending it anywhere else except San Sebastian almost impossible. Talk about owing your soul to the company store.

The family’s home and business is located in a building dating back more than 130 years. Out back they tend 11 acres of coffee trees, some as old as the house, handpick 30 tons of beans each year, dry, roast and grind them, making blends such as a mixture of ground beans with cinnamon and sugar for the traditional, and now often hard to find, Mexican coffee. Tastings are available and so are Rosa’s homemade candies such as guava rolls and sweets made from goat’s milk. In an interesting aside, we learn that the Sanchez’s parents married early (the Don was 15), a 68-year union that produced 21 children. Their grandfather did even better, having 28 children, though that took both a wife and several mistresses.

Walking along the cobblestone road, past a massive 300 year plus ash tree and cascading white frizzes of el manto de la virgin, we enter Comedor Lupita. Here terra cotta platters loaded with chicken mole, fresh handmade tortillas (in America they’d be called artisan tortillas), refried beans and something I’ve never tasted before – machaca, a dish of dried beef mixed with spices and eggs, are placed in front of us. As we eat, we watch the family busy behind the tiled counter, making even more food.  One woman’s sole job seems to be quickly patting masa into paper thin tortillas. Victor Avila, who lives in Puerto Vallarta, is entranced with that.

“It’s so hard to find handmade tortillas anymore,” he says.

Through the windows we see splashes of bright purple from the masses of bougainvillea that drape the stone exterior walls and here the sounds of caballeros, their horses’ hooves striking the centuries old street. We sip our sweet agua de Jamaica water, eat tortillas fresh from the griddle and help ourselves from heaping platters, we all feel time slipping backwards into the past.

Whisk all the marinade ingredients together, and then add the skirt steak. Marinate at least 6 hours or overnight tablespoon Remove meat from marinade, drain, and pat dry. Bring to room temperature. Discard marinade.
In a large heavy pot, heat oil. Sear the meat well on both sides, in batches so as not to crowd them. Remove the meat as it is browned and set aside.

Drain fat. Add in the onion, peppers, and garlic, cook until tender, then add tomatoes, broth, pepper sauce and spices. Bring to a boil, stirring and scraping the bottom of the pot. Return beef and simmer, covered, for two hours, stirring from time to time until tender. Cool and shred.

Lay meat on a single layer on a baking sheet. Bake at 250º for 20 minutes or until meat is dry.

Sauté scallions and peppers in oil until tender, add tomatoes and beef until heated. Remove from pan, add eggs and cumin. Scramble, then stir machata mixture. Garnish with cilantro and serve with hot tortillas. 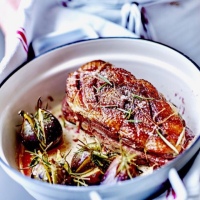 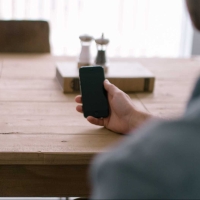