Every two years I look forward to the KitchenAid Senior PGA Championship at Harbor Shores in Benton Harbor, not because I love golf that much, but because there’s always an exciting line-up of celebrity chefs as well as some great Southwest Michigan chefs showing how to create some of their favorite recipes. So I was excited when my friend Deb O’Connor, director of global partnerships for KitchenAid, sent me the line-up for this year’s event, which is being held at the KitchenAid Fairway Club near the main entrance over Memorial Day weekend, May 24-28. 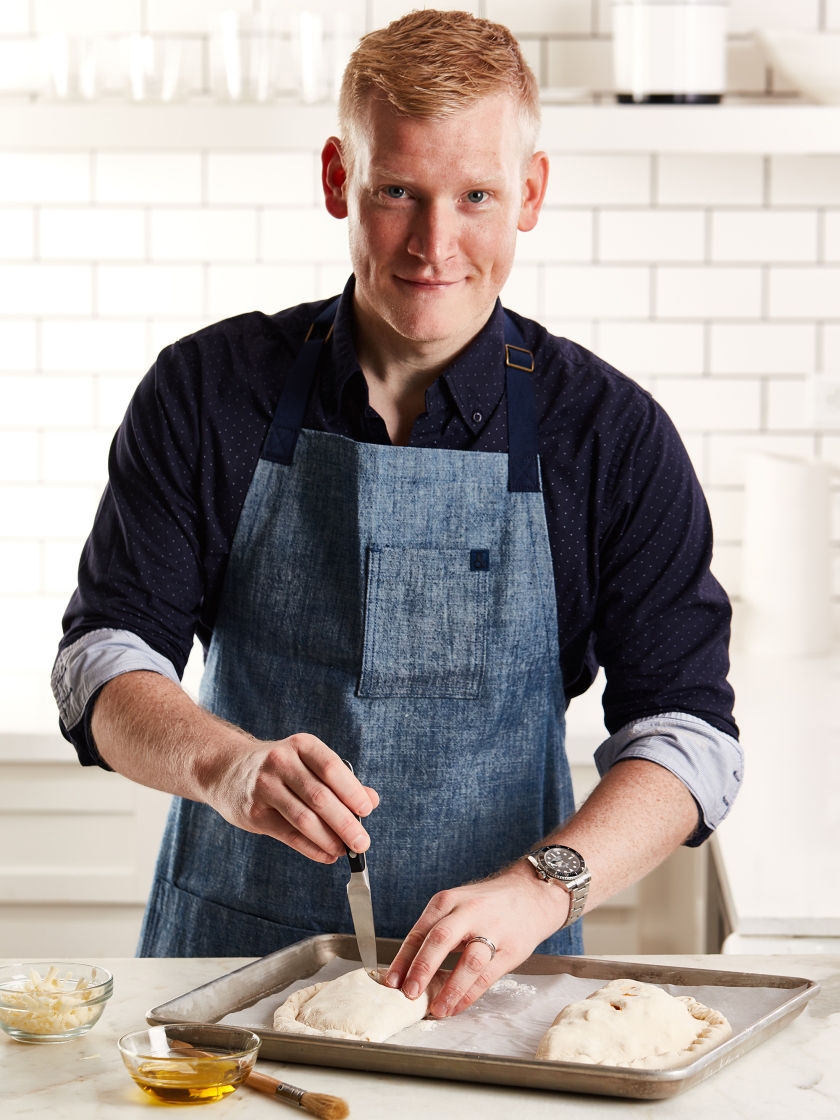 The first live cooking demonstration is at 1 p.m. Thursday and features TV personality Adam Richman, who is  the author of Straight Up Tasty, and also hosts the Cooking Channel’s “Secret Eats with Adam Richman.” Richman has the tough job of having had to travel to over 40 countries in search of the world’s best fine dining and then writing about it.

Be sure to stay around once Richman is done because at 2:30 that same day, Cheyenne Galbraith, the  executive chef at the Bistro on the Boulevard, will be doing another culinary exhibition.

Carla Hall, co-host of ABC’s Emmy-Award Winning daytime series “The Chew” and Bravo “Top Chef,” will be returning (she was here two years ago and was great fun) on Friday, May 25 at 1 p.m. followed at 2:30 p.m. by Mike Kenat of Salt of the Earth in Fennville.

Then on Saturday, May 26, James Beard Award nominee Justin Chapple who is the Culinary Director at Food & Wine magazine, author of two cookbooks and host of “Mad Genius LIVE”—Food & Wine’s weekly TV show featuring genius ideas in food, travel, entertaining and more will be at the KitchenAid Fairway Club at 1 p.m. Tim Foley, owner of the Bread+Bar and Bit of Swiss Bakery is up at 2:30 p.m. followed at 4:00 p.m. by Abra Berens of Granor Farm.

According to Deb, KitchenAid Chef Chris Covelli will round out the cooking demonstration schedule.

“We have created an experience where fans can learn, ask questions and be inspired to challenge themselves in the kitchen,” she says. “We hope that they leave this Championship with a renewed passion and energy to experiment in their own kitchens with KitchenAid.”

Here are a few of Justin Chapple’s recipes including one for Philly Cheesesteak Queso from his show “Mad Genius Live.”

In a large cast-iron skillet, heat 2 tablespoons of the canola oil. Add the bell peppers and onion and season with salt and pepper. Cook over moderately high heat, stirring occasionally, until softened and browned in spots, about 8 minutes. Transfer the pepper mixture to a small bowl.

Wipe out the skillet and heat the remaining 1 tablespoon of canola oil in it. Season the steak with salt and pepper. Add the steak and cook over high heat, stirring occasionally, until browned and just cooked through, about 3 minutes. Transfer the steak to a small bowl.

Wipe out the skillet, add the half-and-half bring just to a simmer over moderate heat. Whisk in both cheeses in small handfuls until completely melted and the queso is very smooth, about 5 minutes. Top the queso with the steak and pepper mixture. Keep warm over very low heat and serve immediately with the toasted hoagie roll slices.

Preheat the oven to 350 degrees F and line a 12-cup muffin pan with paper liners. In a bowl, whisk the flour with the cocoa powder, baking powder, salt, and baking soda. In a large bowl, using a handheld electric mixer, beat the butter with the sugar at medium-high speed until fluffy. Beat in the eggs 1 at a time, then beat in the sour cream and vanilla until smooth. At low speed, beat in the dry ingredients. Scoop the batter into the lined muffin cups.

Bake the cupcakes in the center of the oven for about 17 minutes, until springy and a toothpick inserted in the centers comes out clean. Let cool slightly in the pan, then transfer to a rack to cool completely.

Meanwhile, Make the Frosting In a large bowl, using a handheld electric mixer, beat the butter at medium speed until smooth. Add the confectioners’ sugar, vanilla, salt, and 2 tablespoons of the milk and beat at low speed just until combined, then beat at medium speed until smooth. Scrape half of the vanilla frosting into a medium bowl. Add the cocoa powder and the remaining 2 tablespoons of milk to the frosting in the large bowl and beat at low speed until fully incorporated.

Jane Simon Ammeson can be contacted via email at janeammeson@gmail.com