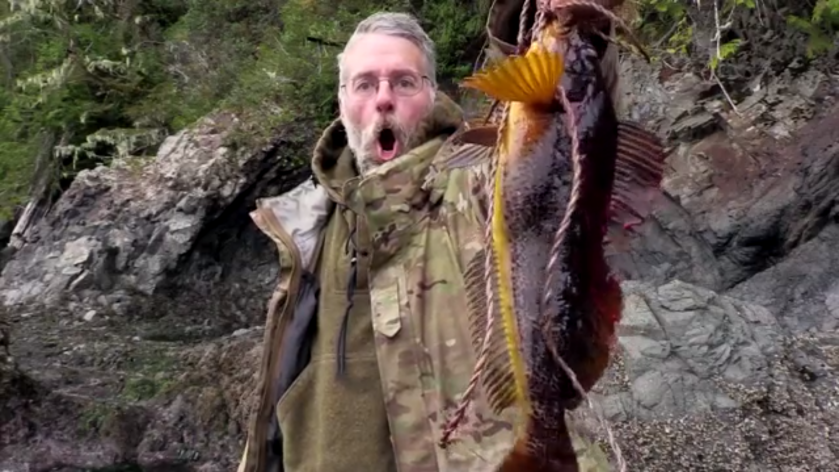 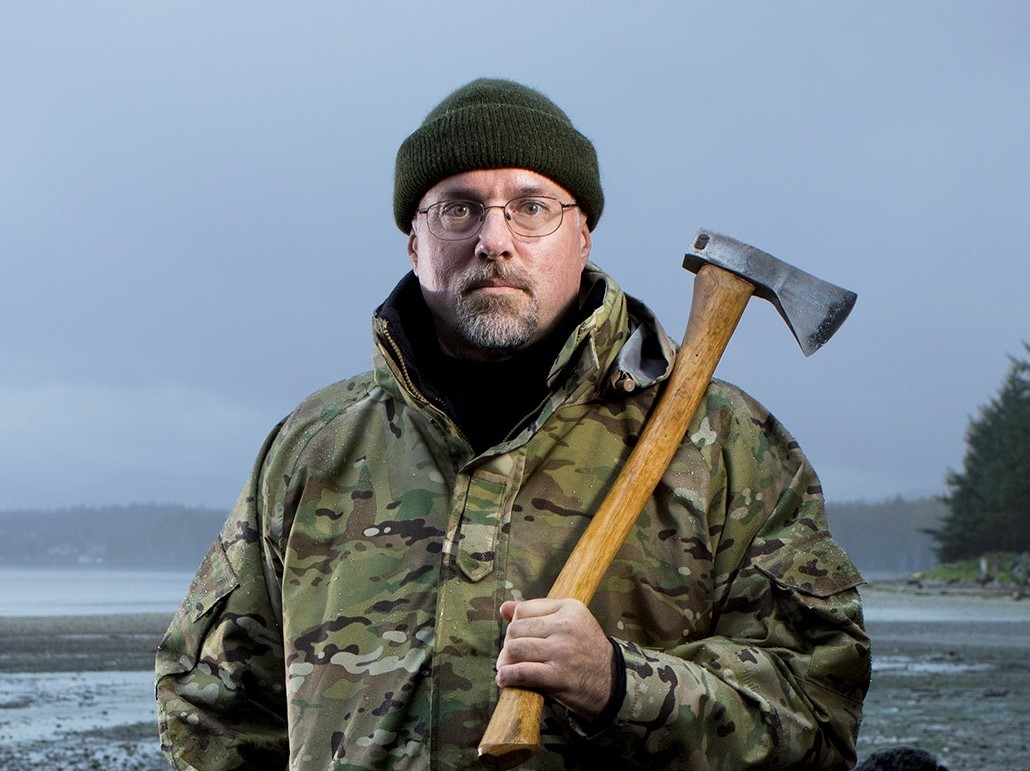 t was day 66 in Dave McIntyre’s barebones existence on a remote beach hemmed in by cliffs at the northern tip of Vancouver Island when a boat arrived to notify him he had outlasted nine other competitors and was the winner of History Channel’s hit reality show “Alone.”

By then, McIntyre had woven a gill net to catch fish, found what he describes as the mother lode of Sitka Spruce resin which is an excellent accelerant for starting fires, made a 4×8-foot raised bed with a thick hemlock mattress and learned to fire dry Bull Kelp fronds to use for food.

“The first month was when all the hard stuff happened,” says McIntyre who realized he’d won when he saw his daughter come ashore. “I was actually gaining weight when they pulled me off the island.”

A little over two months earlier, McIntyre had been dropped off with a backpack filled with the essentials given to each contestant such as three pairs of wool socks, two pairs of underwear, pair of gaiters, one toothbrush, one pair of eye glasses (only if you can show you have a prescription), multi-seasonal synthetic sleeping bag rated at a minimum of -10 degrees Celsius, a fixed blade knife and a six-inch plastic-handled Ferro rod. He also was allowed to select ten items out of a list that included chocolate, hard tack, various cooking pots, toothpaste, soap and a towel. To help with hunting and protection from animals (Vancouver Island has the dubious distinction of having the highest concentration of black bears, cougars and wolves anywhere) such weaponry as a slingshot and primitive bow with six arrows made of wood were among the selections he could make. Imagine trying to use a slingshot to down an angry bear.

McIntyre went hungry at first and after four days without food, he finally dug into the five pounds of pemmican he’d chosen as one of the food items to bring.

“I decided after that if I’d been fasting for 48 hours, I’d eat a 1/6th-portion,” he says. “When I came off the island, I had 2 and 1/6 pounds of it in reserve, enough for 13 meals, two straight weeks eating once a day or 26 days of rationing. I could have stayed there another month.”

Describing his competition as daunting, McIntyre says several had military backgrounds and had fought overseas and one was an Air Force SERE instructor. His own experiences were less formal. He’d spent his childhood hunting, fishing and trapping in the forests behind his home and starting around age 15, he and his brother spent weekends survival camping in the Appalachian Mountains. In 2000, he moved to the Central Highlands of Brazil that he founded Per Ardua Wilderness Ministry and then eight years later, started Mestre Do Mato (Bushmaster) Wilderness Survival School with a friend.

“It was really beneficial for being on the show that I’d spent time figuring out the jungle, desert and tropical alpine ecosystems,” says McIntyre.

The successful life he’d established in Brazil was upended several years ago when his wife asked for a divorce and he was forced to return to the U.S. without a job. He found work appraising homes but then the company he worked for went out of business. It was, as you can imagine, not the high point of his life.

“When I landed here in Michigan,” says McIntyre who lives in Kentwood near Grand Rapids, “I thought everything I’d ever done in my adult life was done.”

Then he was contacted by the show and was one of the ten selected for season two.

“God basically stripped me of everything and rebuilt me,” says McIntyre, the father of three and grandfather of two. “When you are in complete isolation, your mind goes into detox. All the bad things you didn’t deal with, you have to deal with all of a sudden.”

It’s hard to conceptualize what McIntyre went through without watching episodes of season two of “Alone” on the History Channel’s Website. Against a beautiful backdrop of towering pines and rocky bays and the eerie night sounds of cougars killing their prey and sightings of black bears and wolves, I watched men and women try to survive in an amazingly hostile environment. To paint an even grimmer picture, factoids posted on screen as each episode begins offers such reassurances like 70% of black bear attacks happen to people camping alone.

Though McIntyre says he wished he’d studied more about the intertidal zone before leaving home he had enough knowledge of the foreshore and seabed exposed to the air at low tide and submerged at high tide to be able to reap its edibles such as Keyhole Limpets and Kelp Crabs before the incoming high waters forced him back.

Has he been back to the island, I wondered.

“I went back,” he told me. “And when the boat dropped me off I had a Post-Traumatic Stress Disorder (PTSD) moment just like the first time. I remembered how much I’d felt totally alone and had those feelings again, even though I knew I wasn’t staying there. I was really shocked at the memories and pain I felt being back there.”

If you’re wondering about the leftover pemmican, McIntyre tells me it’s still in his freezer.

Of course, I asked him for a recipe and he gave me one he’d created on the island from ingredients he’d gathered. It’s not likely we’ll be able to make it in our own kitchens—or let’s face it, even want to–as not many of us have access to seawater, dried Bull Kelp and Northern Kelp crabs (though we could collect rainwater, another component of the meal) but I thought it’d be fun to share as it shows his creativity. But if you’re invited to his house for dinner, don’t expect any crab stew.

“I can’t bring myself to buy crabs,” McIntyre tells me.  “I almost bought a package of them the other day but they wanted $18.00.  They’re supposed to be free, you just pull them out of tide pools.”

Add chopped kelp and rainwater to complete one full quart.

Let fire burn down to a simmer until crab parts are bright orange.

For best results season with at least 24 hours of total fasting.